2017 The Rusty Nail by Fremont Brewing is a 12.7% ABV Imperial Stout aged in bourbon barrels 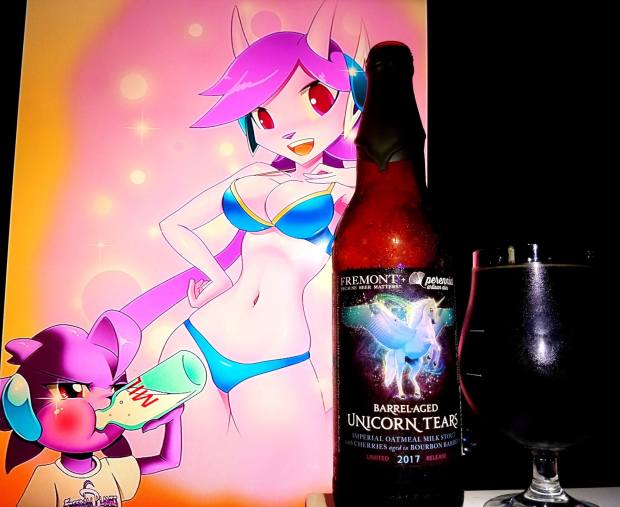 Label:
We are a family-owned craft brewery founded in 2009 to brew artisan beers made with the best local ingredients we can find.

In the Time Before Light, Unicorns ruled the Universe. And Time passed. Until it stopped passing and began to make Beer. And it was good. But Time was Lonely, so it begat two Breweries. And thusly Fremont Brewing and Perennial Artisan Ales were spat into the World. And they made Beer. And it was good. When, Lo, one Day, they made Beer together and aged it in Bourbon Barrels for a long time. And then they added Cherries. And Aged it a long time. But it wasn’t good enough for their elevated taste. So, they added Unicorn Tears. And it was Good. Behold, Burst Forth into the World is Barrel-Aged Unicorn Tears. Enjoy only with those that are worthy. …Never Play Leapfrog With A Unicorn…Cheers! Matt & Matt and Phil & Emily.

So, we have SangriLeche doppelganger in our site ey? Well then, only one thing to do here, time to step up to the plate. The ingredients seemed very close to what I used to make my homebrew except missing the vanilla and cocoa nibs but that is besides the point. A milk and oatmeal stout? Double smoothtness to the max! I have not tried anything Fremont but seeing as Perennial was involved, it can only mean the goodness. Essentially, when I first saw this beer locally, I had to grab it. Little that I know that it would soon be a super coveted magic potion with fairy dust (glitter engulfed) that many it would start to sell out everywhere. Yes it seems people went mad for yet another beer. This beer is literally covered in glitter which makes me wonder if glitter is one of the ingredients inside the beer. Even if its not it seemed amazing and I could not wait to bring it to the website especially now that I know people really liked this one. Well then, let’s see what this magical potion is all about, cheers! 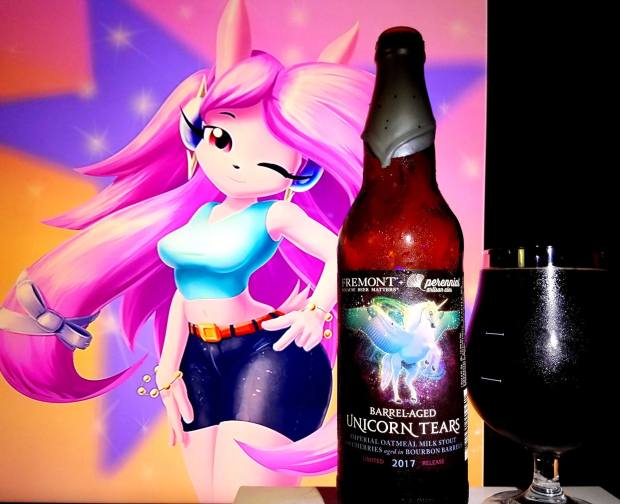 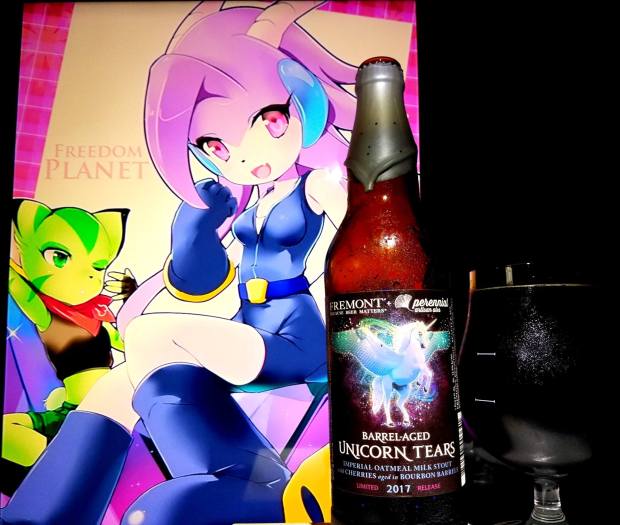 Aftertaste:
Finishing with Cherry Choco Chocolate Cordial and raspberry frosting for days, Nutella, dark chocolates, dark cherries, vanilla, caramel, oak, bourbon hints, mocha, pecan pie and banana split cherry sundae. No alcohol here or anywhere despite the ABV. The body is fully pitch black and abysmal with a non human visual spectrum of dark matter, 80’s magic, He-Man, Thundercats and Rick and Morty season 9 residuals. The mouthfeel is very smooth, mildly chewey, velvety, creamy and syrupy. Who has time to sip? Come right in, the dark magical water is fine even though this brew was made to be sipped and taken with ease. You could literally finish in one sitting if you wanted to.

Overall:
Well then, pastry stouts are a go! Although DDB would disagree. This one is a definite bucket lister for me and is a crazy little potion that I would love to have over and over again. While I think this is a step up from many beers that I love including my own awesome Sangrileche, it is awesome to know mines can still go toe to toe with this pastry brew. Let’s face it, this is similar to the beer I made if it was filled with cake fondant. Super complex, sweet, smooth, dreamy, cakey, glaze and all that fairy tail crap they told you when you were a kid. It’s fucking great! Like a kid in a candy store drinking his sugar bottle. Would I recommend it? You bet your fucking ass I would! Go find this one damn it! 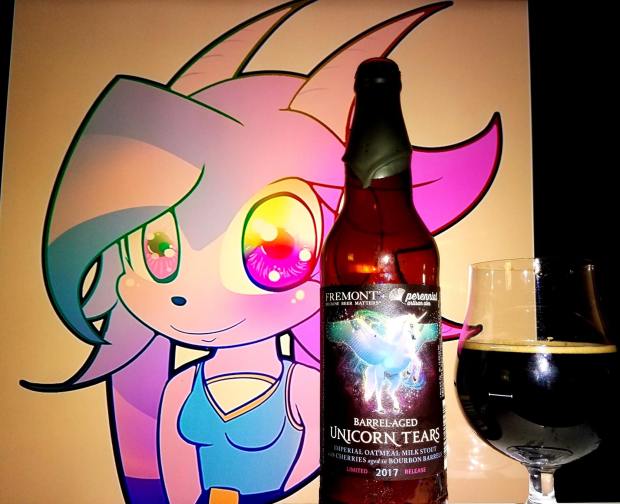 Anime Corner:
Lilac Sash from Freedom Planet was chosen for this pairing because while she is in no way a unicorn, she is just as legendary as one since she is a dragon. Since she fit so well with the colors of the beers, the flavors and ingredients I had to bring her to pair with this. She’s been a favorite of mine as of recently since I started playing the game and with her powerful strength and great hero personality, why not? Oh and about the tears part in the name? Those are years of joy and good feels. I kinda made a funny with the Lilac trying to drink enough milk tearing up dreaming to be the bikini babe. Anyways, She fit the awesome beer! 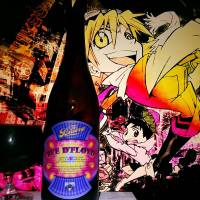