Label:
In celebration of our 29th anniversary this year’s Imperial Porter delivers notes of dark chocolate and cinnamon spice with hints of coconut, vanilla, and dried fruit finished by a warm dash of cayenne.

Essentially a Double Barrel Porter aging in both Rum and Bourbon. Every year, I try to pick up this annual release of their anniversary beer. Each year is a different blend entirely and while I feel some blends I really liked for the ingredients used, overall, I think each installment is more and more delicious with time. This year they decided to go with a chocolate, cinnamon and cayenne take with Rum and bourbon. That is crazy using a double barrel half take with what seems to be like a Mexican inspiration. Let’s see how the flavors of this one are, cheers!

Overall:
Seems like every year, a different beer and a different way of preceiving the greatness which is the Black Butte anniversary. This year it seems more of a Mexican style of taste. While although spicy, the overall consensus, it was not super hot but definitely zlong the lines a Mexican desert flowing. Indeed this scream sweetness but the peppery heat is not present. Along with the many versions out there, this one should definitely be picked up! 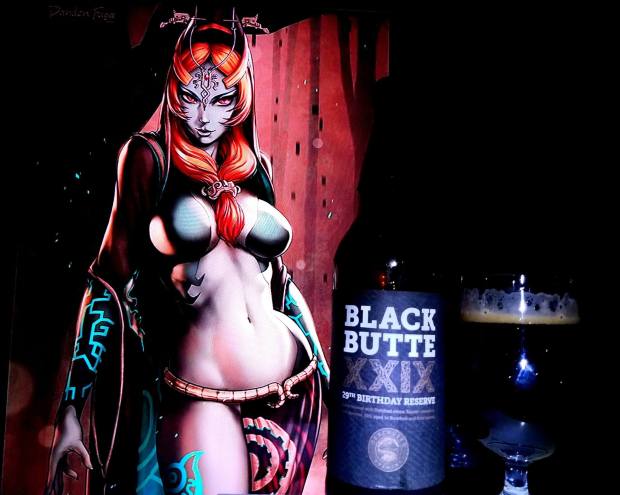 Anime Corner:
Twili Midna from The Legend of Zelda Twilight Princes was chosen once again this year for the Black Butte release as well as the other releases. Just like previous tears, I had chosen her in the previous releases since I wanted to represent the mixing of 2 of the same ale together but one specially blended. Since I did not use the chibi version of Midna for this iteration, I figure I let the adult version of her do all the talking. In this year, the Chocolate, Cinnamon and cayenne represent somewhat of a Mexican Dark Mole feel to the beer. It is actually more towards a Mexican sweet potato pie if it was mixed in with Mexican Hot Chocolate. So since Midna has a cloak like the tilma of the virgin of guadalupe it sorta ties in that Mexican culture aspect of this beer. Who’d of thought Midna would complement this iteration even more! 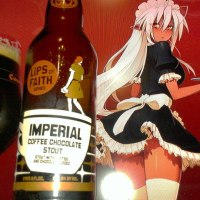