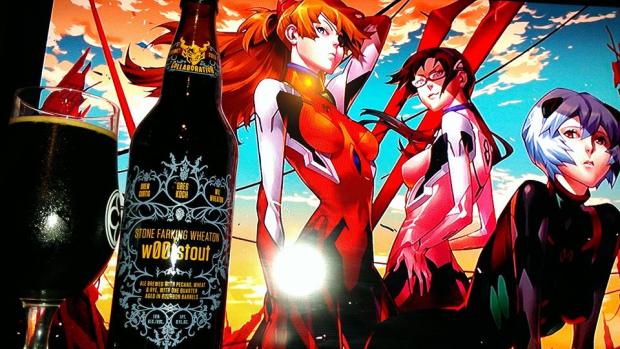 Label:
Wil Wheaton first called us in 2004 ask if it’d be OK for him to put the Arrogant Bastard logo on his blog’s website (back when people still asked permission to do such things), and I just so happened to answer the phone (back when I still answered the main line sometimes). Since he was so damn enthusiastic about our beers, I said ‘Sure, no problem,’ all the while thinking ‘Hmmm…this guy’s name sounds familiar.’

Months later, in a serendipitous turn of fate, I reached out to our 10,000th email newsletter subscriber…drumroll…Wil Wheaton. Since his gigs in the iconic Stand By Me and Star Trek: The Next Generation, Wil has become quite the renaissance man, adding author, w00tstock innovator, and homebrewer to his resume. His enthusiasm for the fermentable arts and our beer was such that after many occasions of sharing grog over the years, we decided it was time to brew in collaboration.

It was a no-brainer for us to choose Drew Curtis—who many know as the twisted mind behind Fark.com—as our third cohort. Drew was an old friend of Wil’s that I had serendipitously met (when he saw me and told me, ‘Dude, I love your beer) and enjoyed many beers with at the famous TED conference three years in a row. The beer you hold before you is an imperial stout made with wheat (Wil pretty much insisted), and we also paid tribute to Drew’s Kentucky roots by adding rye and pecans to the mix and partially aging the beer in bourbon barrels. The result? Nothing short of serendipitous.”

“Being a geek isn’t about what you love; it’s about how you love it. I’m a sci-fi geek, a disruptive technology geek, and a tabletop game geek. I’ve been lucky to do lots of work in those fields, but this is the first time I got to be a professional beer geek, and it was awesome.”

“Beer tastes like my website…all over the map, but I’ve never met a beer I didn’t like.”

That was a lot of writing for a label of a beer that mixes a couple of geek hobbies and ideologies into one. Kinda like my blog

The beer is mildly boozy but the nice chocolate, vanilla rye and wheat make up for it. It is also sweet but not to overly sweet. Thanks to the hops to keep everything together.

Lot’s off dessert elements going on here. This beer reminds me of like a Quadruple and Imperial Stout fusion aged in bourbon barrels but just enough to give it some added character and not detract flavors which ofcourse this beers already has a good amount of . Damn, they got it fucking right. Really fucking right. It seems to work. Stuff is balanced out and the beer is great. Beer geeks will love this one and well hopefully non-beer geeks too. Now I see why they made it so people go out and get all 3. It’s not just the labels, but the beer is that good as well.

Or check out the Gallery

This is the third label original art:
http://socialpint.com/wp-content/uploads/2013/07/Stone-w00stout_ComicLabel-WEB1.jpg 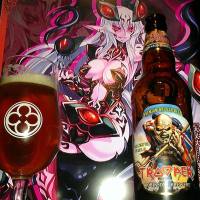