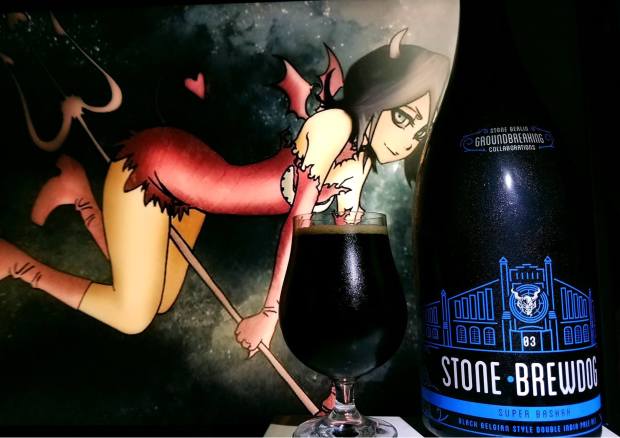 Glorious mayhem always ensues when Stone Brewing and BrewDog team up to brew a beer. Mix a lifelong metalhead known for having an occasionally aggressive attitude toward the panel with self-professed punks notorious for brewing hardcore beers and pushing the boundaries at full-throttle pace…and this hopped-up headbanger was a no-brainer. Part imperial stout, part Belgian abbey ale and all IPA, this style-smashing hybrid is a supercharged version of the BrewDog / Stone bashah original from 2009. BASHAH: Black As Sin. Hoppy As Hell. This Berlin mash-up will no doubt suffice in satiating those who crave intensity and a pummeling of flavor. Any ringing in your ears from the cacophony should subside within a few days. Probably.

Our dream to be the first American craft brewery to independently build, own and operate a brewery in Europe has become a reality. Located in a historic 1901 building, our state of the art brewhouse and destination restaurant in the Mariendorf neighborhood is a true thing of beauty! As promised, we invited some of our best friends in craft brewing to create an exceptional series of celebratory beers. We hope you enjoy the international camaraderie that went inot making these fourteen truly groundbreaking collaborations! 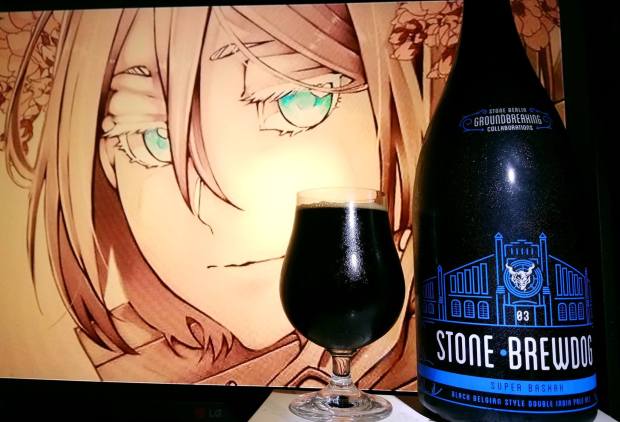 In 2014, Stone was raising money to open a brewery in Berlin, Germany. It would be the first time an American craft brewery would open up a business in Europe. For Germany who has Bavarian laws on the beer making process, craft beer would no coincide with their laws. However, Stone being some crazy arrogant bastards were able to make their way into the market and were successful to open up shop. At the time, I had donated money on promised collaborations with different breweries. Mainly some of the ones I like such as Brew Dog, Lost Abbey, The Bruery, Surly and even Devil’s Gate/Will Wheaton. So, with the donations I made in that year, I was wondering if I would ever see a return on my investment. Long behold, Stone contacted me to inform that they were going to release the beers and so today I bring Super Bashah.

Super Bashah was based on BASHAH which Stone did a collaboration with Brew Dog years ago and it was a memorable beer. That is why when I heard they were doing a collaboration again for the tribute of the new brewery I wanted to bring this one to the site, new and improved, super BASHAH. So thankfully, here it is. Now, these beers will be available at Stone Stores but I do not know if they will see distribution. That is why I suggest possibly visiting Stone or trade for one, as they will be sold to the public. Let’s have a look at Super BASHAH! 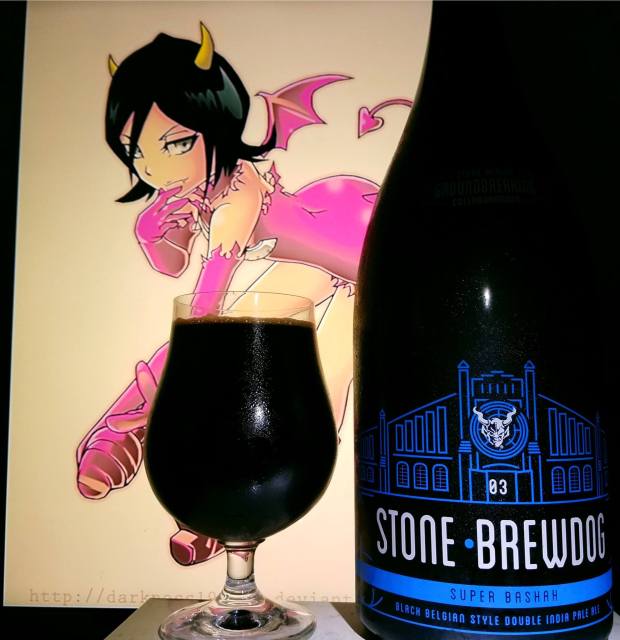 Overall:
Ridiculous! Bashah! How is this beer possible? Ridiculous smoothness, ridiculously easy to drink and super well done. I think the complexity and the Belgian Dark helps this one be hoppy but not super bitter. This was a very well made beer and worth my investment in the sponsorship of the Berlin Brewery. Of the new ones that have come from Berlin, I love them all so far but this one I love even more. Reminded me so much of Stillwater’s Folklore to another level. I definitely and highly recommend this one to those who love Black IPAs and Dark Belgians.

Anime Corner:
Rukia Kuchiki from Bleach as a devil/succubus was originally used on the original beer of BASHAH so naturally, she would make a return for Super BASHAH. The original reason to use this version of Rukia was to go well with the gargoyle of Stone. Since that time, Rukia has gone through many epic changes in the series and has gotten stronger. So displaying many of her different changes including BANKAI and the Chinese Kunfu Martial artists, I felt worked great for this special occasion of a pairing. 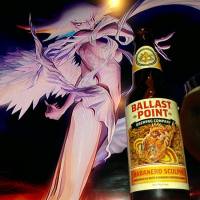 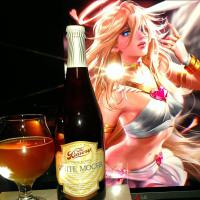