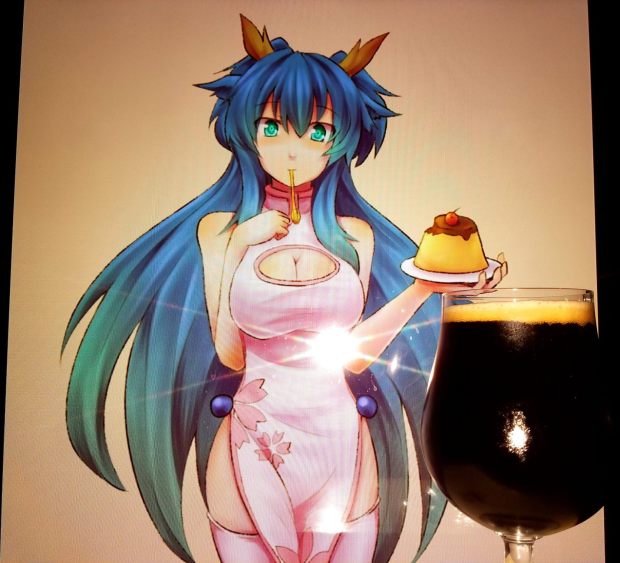 Rating: 3.75/5
Homebrewing Project #26 Chochronicles of Flantasia in the Bananatrix by Nubis Sanctum Ales is a 4.46% ABV Belgian Sweet/Milk Stout brewed with Bananas, Cacao Nibs and Vanilla Beans.
Label:
None
==Introduction==

Project #26 came from my friend Julio’s idea to create a Banana and Chocolate stout. I have used bananas and chocolate in other beers before so what I did was I pulled a page from one of my old recipes. I minimized the used of bananas to a few unlike what I did with Ban-Anna’s Love Nectar. Since I wanted to make something drinkable as well, I ended using enough ingredients to make a basic milk stout that would not be too high in alcohol. In order to bleed the chocolate and banana through I added the cocoa nibs and bananas along with little bit of flavoring and the vanilla beans. The vanilla beans would represent a more of a flan aspect to the beer as I am using lactose but also along with chocolate, it would be a banana choco flan like beer. The choice in yeast was made since I wanted to go with banana and dark fruit like clovey flavors. I know I could of used a heffeweizen yeast which may have been more suited for this because of the enhanced banana flavors but I figure I try this out first since I already have the bananas in this beer. So let’s see how well this came out. Cheers to my friend Julio for coming up with the idea. Cheers bro!
Aromas:
Bananas, Bubble gum, clove spice, Mexican chocolate, vanilla, dark fruit raisin hints, piloncillo sugar cone hints, brown sugar, nutmeg, cinnamon, dark chocolate, milk chocolate, anise, molasses, toffee, caramel and tobacco hints.
Flavors:
Rich Bananas, flan hints, bubble gum, clove spice, dark fruit raisins, currants, cherries, crème brulee hints, coffee notes, dark chocolate, milk chocolate, Mexican chocolate hints, piloncillo sugar cone, coffee cake, tobacco hints, anise, molasses and pecan hints.
Aftertaste:
Finishes with a roasty coffee and earthy bitterness with lingering clove, vanilla, chocolate and banana. No alcohol in the aftertaste, dark murky medium body, smooth, creamy and velvety mouthfeel along with a moderate drinkability.
Overall:
A pretty delicious beer. While I think it is not my best brew, I can definitely tell where I can change some things. For starters, I would need to make this one an imperial. The beer came out a little too light for its complexity. It seems a lot of the flavors are forward but then the aftertaste is bitter. It is possible this is due to the Belgian strain. I think I would definitely change it by going with more malt to make it an Imperial Milk stout and definitely go with the German Heff strain for next time. Overall, I think it is worthy of another go and definitely grows as it gets warmer.
Anime Corner:
This original character, which I do not remember where I got the picture from, was the best thing I could think of as a form of reaction to the way this beer is supposed to be. The idea was the banana chocolate flan aspect that definitely fit with the ingredients paired perfectly with the reaction of deliciousness. While the results of the beer were not quite what I had hoped for, the overall idea was there and is definitely something I will work for once I redo the recipe. I really want that look of amazement in people’s reaction when they try the beer. We will see…
Sources:
http://i.imgur.com/lEDl7c1.jpg 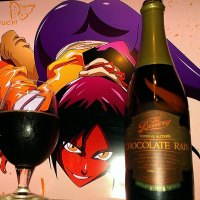 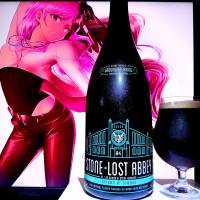