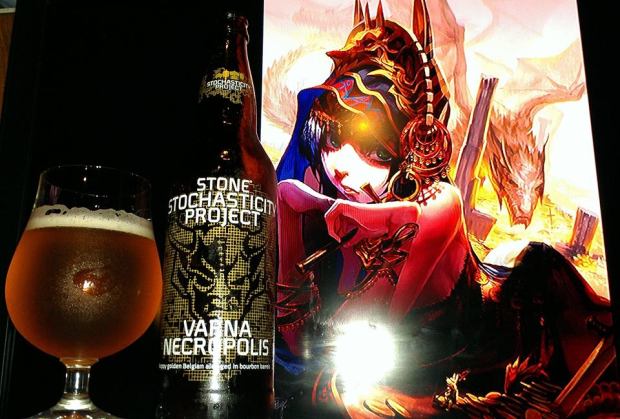 Label:
STOCHASTICITY
STO-KAESTI-CITY
There is no happenstance or coincidence. Dumb luck is a fallacy and randomness a commonly accepted mistruth. Much of what seemingly falls into place and seems so natural is a result of Stochasticity, a concept embraced and exalted by this special and unpredictable series of beers, where exotic notions, ingredients and ideas coalesce at an interesting and often unexpected endpoint.

For many, the verbiage “Belgian Golden Strong Ale” conjures the mental visage of a chalice of straw-hued liquid nearly overflowing with tight, fluffy, white bubbles. Though that effervescent European classic was a solid base for this, the sophomore release from our center for beer experimentation, but to test its unexplored possibilities, we added a sufficient lode of hops to up the ale’s bitter character and dry finish. Next came a lengthy aging period in bourbon whiskey barrels, quite the rarity for this style. Named for the Bulgarian site from which the largest golden treasure in history was excavated, this beer presents a wealth of next-level nuances including vanilla, wood and spice.

The second beer on my journey during the World cup quarter finals and Anime Expo was this beer. I had initially traveled to Long Beach then the heart of downtown and Pasadena California all in a days worth to be able to get my hands on this piece of gold. This beer can only be obtained if you visit one of the Stone Company Stores only as it was not give a wide distribution. Not sure why, but anyways, I wanted to bring this forth as I have been wanting to try this since April of this year. Cheers!

Overall:
While this is a very good beer, it starts to get to that perfect level once it starts to warm up. I have had other beers that really come close to this one but the bourbon really adds that extra level of complexity that I have not seen in such a beer. A Belgian Pale/Gold Ale in bourbon? It happened, and it seems to definitely work here. However, the bourbon barrel only gives it a slight sweetness as it leads more towards a sweet and tart taste as the hops still come on a little strong. A beer that probably comes close is the White Oak from the Bruery (Wheatwine Aged in Bourbon). Definitely give this one a try and see if this one works magic for you!

Anime Corner:
Original artwork by bcnyart at deviantart.com was used in this pairing because I wanted to pay tribute to the history that is represented in this beer. Liquid Gold and the name Varna Necropolis which is the tomb that holds the oldest treasures in the world. As you can see, the character is wearing all sorts of golden goodies dating even back into the Egyptian times as an example. I wish I could have found something relating to Bulgaria, lots of treasure and anime but Egypt serves as a great example in terms of age and some of the Egyptian tombs are just as old or maybe younger but still a good representative of treasures. 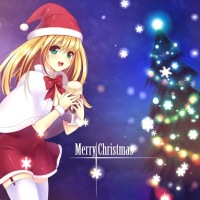 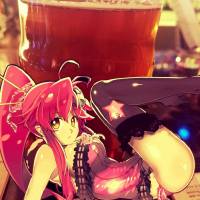 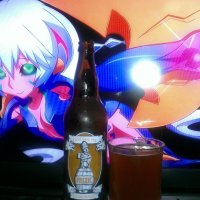 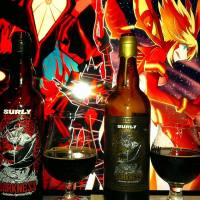 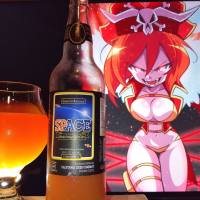