Noel de Calabaza by Jolly Pumpkin is their Belgian Strong Holiday Ale. Brewed in tradition for the holidays and truly good at that. While a lot of the character of JP beers have a sour/tart flavor that overwhelms at times, this one is rather smooth and sweet. The lemony zest, cherry, and apple that comes from the JP tart goodness compliments the other flavors well. The biggest character is the Belgian yeast and spice that comes through. Almost like a pumpkin banana bread flavor to the taste. Surely other flavors like brown sugar, toffee, a little vanilla, minor bourbon, and roasted chocolate is there too. At 9% alcohol, you don’t feel it at first, but you do feel it a bit later. After I poured the rest of the bottle, the bottom sediment was really hard to remove. Added a little water and stirred the bottle for quite a while. Eventually it all gave way. It was all the yeast that had settled. Even with a little water, it tasted like pumpkin pie. It was so good to the last drop. What a way to end the year. After trying all the JPs beers so far I have to admit, JP will be one of my all time favorite brewers along with Lost Abbey/Port Brewing, Stone, St. Bernardus, Unibroue, Dogfish Head, Brewdog, Three Floyds and Ballast Point. In the new year I will be sure to give newer beers a test 😛 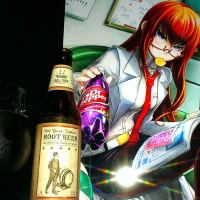 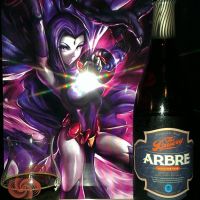