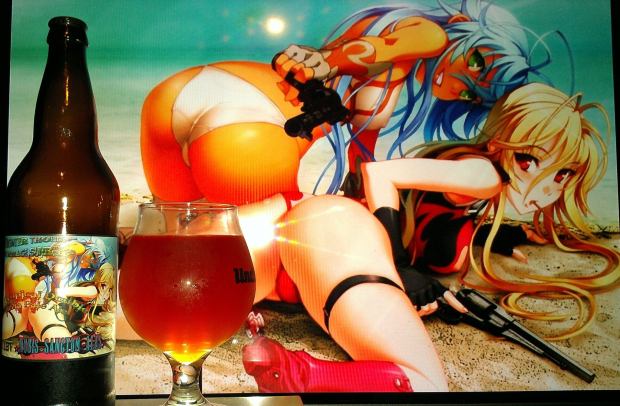 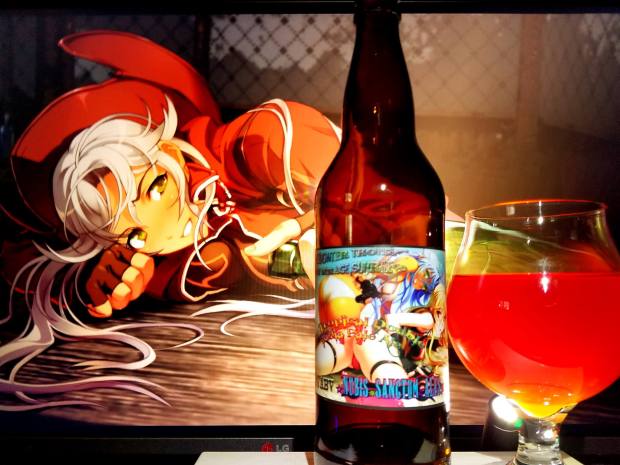 Label:
Tropical Double India Pale Ale Brewed with, Citra, Cascade and Summit hops, Toasted Coconut, Strawberries, Kiwis, Mangos, Oranges, Grapefruit, Limes and Coriander.
Saving townsfolk comes at a high price. Even for the noble outlaw duo like Franco il Nero and Donne Anonime who’s good deeds don’t go without punishment. Like the lost oasis of indigenous lore, Licuados Alets, the duo has never been captured. Only fools waste their search on such legends. Although, tales told that during sunrise, while in search of the duo, off in the distance, the tropical oasis has been seen with the deceiving eyes of the dessert heat. An illusion of the cowgirls can be witnessed but even the thirstiest of pursuers will never reach them…Until today, the water from that lost oasis, was given by the sexy outlaws to the few. You are, but the few…

Project #25 was technically a last minute creation for the end of spring 2016. You see, I cannot brew beer in the summer as the temperatures in my room are not viable for brewing. However, since my friend Richard Avila of Avila Ales gave me a birthday present, basically the ingredients to make a cascade and summit double IPA, I decided to take my own crazy and twisted approach to the base recipe and create something awesome. Since I always wanted to make a more tropical IPA ever since last year’s IPA I made, I decided to buy all sorts of fruits that would not only compliment the citrus and grapefruit flavors of cascade and summit but also the tropical fruits in citra which is the other set of hops I added. The origin of the name really came from the use of hops like Summit like in the mountains of the Frontier of the old west. While many are stuck in the dessert in the old west, they desire water and often would find an oasis in the distance only for it to be a mirage. Hence if they ever got to the oasis, it would be like reaching a tropical beach full of delights. The water would also trickle form the mountains into this paradise tropical oasis, hence the use of the cascade. So all and all, the name came to be, Frontier Tropics At Mirage Sunrise. The sunrise part is all the citrus added since it would also remind one of drinking orange juice for breakfast, Nevertheless, this beer came to be. There was a lot of trial and tribulations since I had not used toasted coconut before and so this would be my first attempt. So let’s take a look at the final beer that was made at the end of spring and ready to drink in the summer time, Cheers! 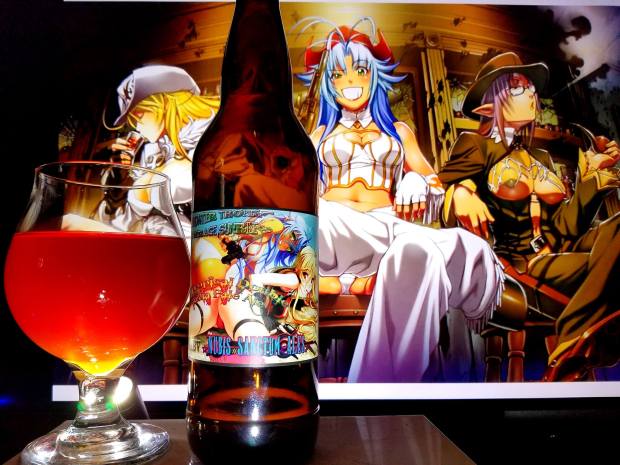 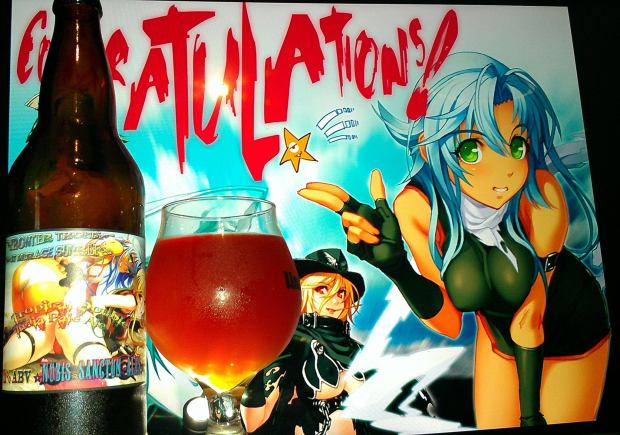 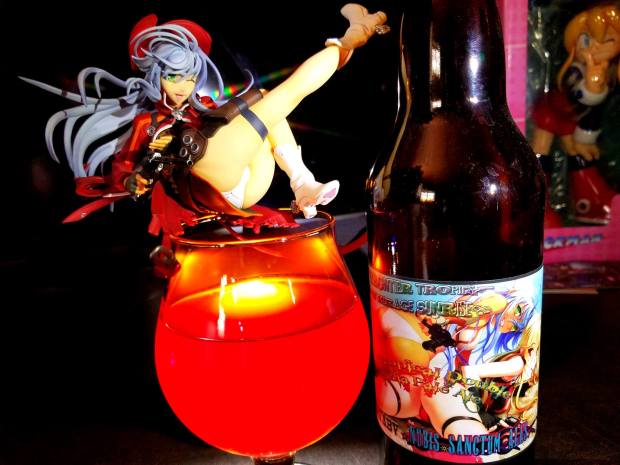 Overall:
Damn perfect fruity and tropical IPA. My only gripes would be that since this is my first time toasting my own coconut, it changed the color of the beer to a brown color but other than that it was awesome. I think the fruit may have over taken some of the hops but the hops really did compliment the fruit and the bitterness is there with a hint of tart from the citrus fruits and kiwi but then rounded off by the delicious and pleasant coconut. Overall, I think it came out great but I think next time I would probably add more hops just because and buy already toasted coconut as toasting the coconut by baking it in the oven changed the color which then changed the color of the beer. This toasting though would work great for darker beers and even if it is a browner IPA, still taste perfect to me. One of my best! 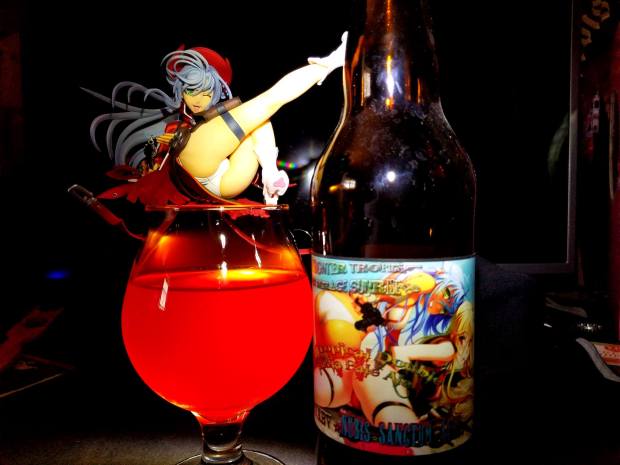 Anime Corner:
Franco iL Nero and Donne Anonime from Nitroplus series, Outlaw Django Tre Donne Crudeli were used in this pairing as I wanted to have not just the colors of the different ingredients complement as well as the flavors, but the theme of I was going for when I came up with the name revolved around the images of Franco and Donne at the beach which was pretty damn creative. Thus, the story beer complements the art, the other side of the pairing viewpoint! 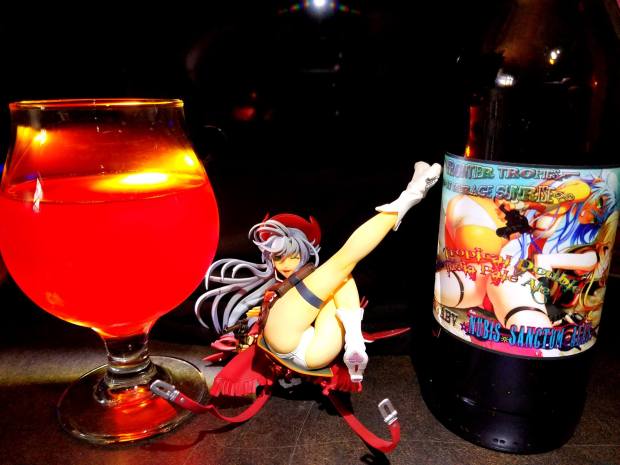