Obtained at the Stone Company Store in Pasadena California, this beer along with other awesome beers were released to the public on tap. This one was the only barrel aged serving on tap eligible to take home in growler fill.

Overall:
A bit above exceptional. The beer originally was already delicious as I really loved the flavors of the Cali-Belgique as they reminded me of a border lining Belgian Pale Ale or Hopped Saison and mainly the Golden ale that was the As Follows by stillwater with its pungent orange and herbal flavors. Now with Tequila, especially reposado tequila give this beer a touch of something that not many beers of this style get to see. A European blend with not just west coast style but also a major Mexican influence. This beer was a great out come. Tequila barrel aged beers are rare and few in between so getting a chance to have one once and a while is an awesome feat since many breweries go with mainly bourbon now a days which also is extremely delicious as well. Each spirit adds something genuine to beers.

Anime Corner:
Jedah Dohma “Midnight Bliss” version from Darkstalkers/Vampire Savior was used in this pairing as with the last time I tried and reviewed the original brew, I used Jedah as well. This time, Jedah fermented in the dark recesses of Reposado tequila barrels represented by the mezcal and agave colors of the picture where she is with the deathly bird (Think of it as the Mexican Tequila influence and the Scythe being the harvester of Agave). I also brought back one of the original pics back too. Jedah for this stone beer represents the fancy tradition of European beers meeting the west coast. Meaning she has like a European Dracula like outfit but also blonde hair represents the aspect of the west coast style in terms of the blonde and clear colors that this beer has. 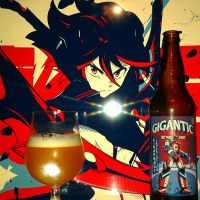 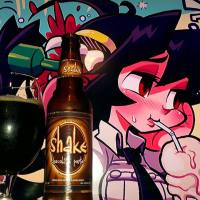