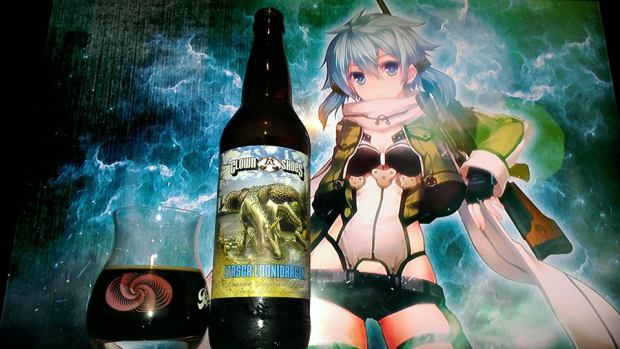 Released only in Minnesota, very few online places will carry this beer and unless you know someone who is willing to trade something for this one is most likely the only way to get this one. Since the previous beers, the Unidragon itself has not been released bourbon barrel aged so the fact that Minnesota gets this one is pretty awesome. I have yet to try Ohio Unidragon which is the regular Unidragon with special ingredients. The awesome Texas one was made with special Texas ingredients. I can only assume that this one uses Minnesota bourbon or something. I tried finding more info about this unfortunately I could not in terms of what it is made with. If you know, please leave me a comment below. So let us see what this fine creature has to offer, cheers!

Overall:
Surely exceeding expectations by several notches. The predominant aspect of the beer is the oak followed by the rich and sweet complexities but there is a good amount of earthy and roasted bitterness here to make stuff alittle more balanced. This goes down really well only hinting at the fact that it is 14.5% ABV afterall. Surely ofcourse, would I recommend it. If you cannot find it, that is okay but if you do, this one is awesome!

Anime Corner:
Asada Shino/Sinon from Sword Art Online II was used in this pairing to basically play at Nelliel Tu Odelschwanck but a more innocent version of her. I used Nelliel as the original Unidragon and she stuck around for the longest time so I figured I wanted to do something different but pay tribute to her green hair or a character that kind of resembles her. Sinon is an up and coming character that many fans of the show Sword Art Online like so I figure, new beer, new character. The fact that she is a bad ass in the show but also all the colors pair super super well with the colors in the label of the Itasca Loonidragon. It works very awesomely!

One thought on “Itasca Loonidragon by Clown Shoes brewing” 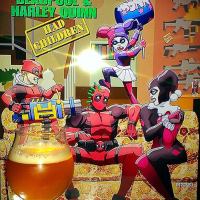 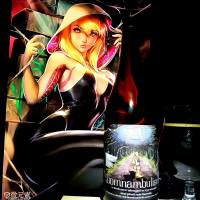 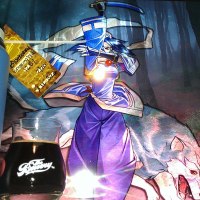