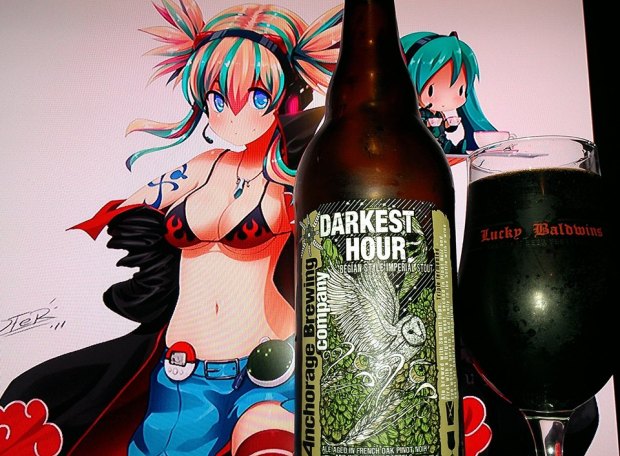 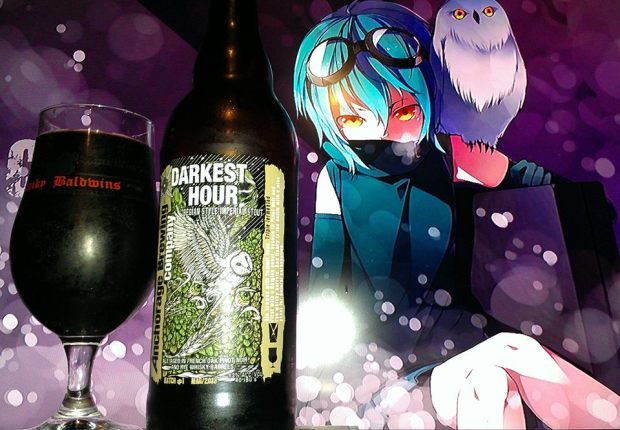 Ale brewed with Summit hops. First with a Belgian yeast second in Pinot Noir and rye whisky barrels. And Finally in the bottle with a wine yeast for natural carbonation.

The hour of darkness is one of slumber for most. There are those, however, that do their best diabolical work when left to their own devices in the dark underworld. These creatures toil silently and mysteriously, transforming their subjects into an alluring liquid that, by the light of day is as dark as the night, but with truly enlightening qualities when beholden by those in search of good things.

Such is the case with the mighty Saccharomyces as it converts the complex sugars of Anchorage Brewing Company’s The Darkest Hour, into brooding, almost dangerous Belgian Style Imperial Stout, borne of complex malts, subtle, but distinctive hops and a stern command from the master’s hand that all things that come to life must be good. From the dark depths of the oak awakes this mighty brew that at 13 percent alcohol gives pause to the mortals of lesser fortitude.

Sip deeply, but imbibe slowly, lest you succumb to the dark powers of this melancholy brew with deep, rich flavors. Drink in the darkness if you must, but edge closer to the fire if one’s kindled nearby. The Darkest Hour will fill your palate and your mind with things you may not have considered before. At Anchorage Brewing Company, we bid you good thoughts with the help of our newest creation.
___

Been waiting a while for this release. It is not often that a rich Belgian chocolate desert such as the Belgian Imperial Stout is brewed. Being one of my favorite hidden styles is something I sure as hell do not pass up. Some examples of the style is the Buffalo Stout, Allagash Black, Stillwater Artisanal Folklore, Great Divide Belgian Yeti, Stone Belgo Anise RIS, Ommegang Chocolate Indulgence, Maui Aloha B’ak’tun, Elysian Omen, Ommegang Art of Darkness, The Lost Abbey Deliverance, Samuel Adams Thirteenth Hour Stout and to some extent, Trois Pistoles and Black Tuesday/Grey Monday/Chocolate Rain/Melange 3.

Aromas star off very similar to Black Tuesday but dwell in the in the Trois Pistoles zone. There is whiff of a lot of chocolate followed by grape wine, Bourbon, vanilla, Dulce de leche chocolate, raisins, flan, toffee, dark cherries, plums, oak, molasses, anise, coconut, black currants, raisin bread pudding, hazelnut, pecan pie, musty grapes and dates. The flavors are a lot like a wine. In fact, the beer seems closer to a wine to some degree. Like a sweet chocolate wine booziness. However, it also reminds me a lot of The Lost Abbey Deliverance. This is really cool as Deliverance only comes in a 330ml bottle. Quite the difference :D. You can still tell this is a Belgian Stout though. It has flavors of dark chocolate, milk chocolate, wine grapes, raisins, toffee, dulce de leche caramel, walnuts and pecan pie, flan, whisky, vanilla, currants, cherries, coconut, oak, slight smokiness, raisin bread pudding, light mocha, molasses and slight anise. The after taste leaves with like a dry walnut and grape chocolate taste. Pretty fancy stuff but not to the flavors of Black Tuesday. It smells awesome but if you don’t like wine, it may not be for you. I don’t mind this at all. It really is a different type of style. It is almost as if Trois Pistoles added more chocolate and leaned more toward the Pinot Noir than the Port Wine instead. Definitely worth the pickup. I enjoyed this one a lot. 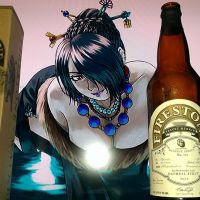 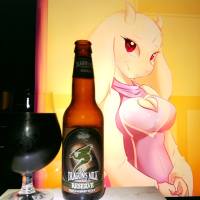 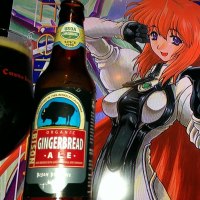 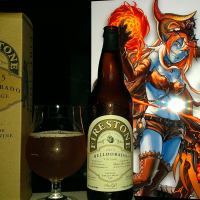 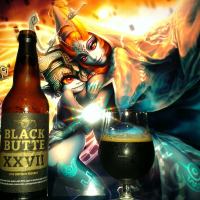 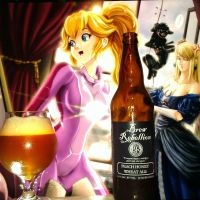 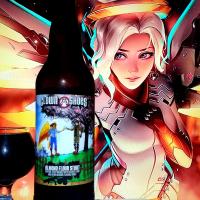