The End is near. What you face here is the beginning of the end. If you thought you were a bad ass before, well forget it. The end comes to those whose time is up. If it really is true about the whole 2012 deal then this is what this ale is all about. Even if it doesn’t happen, there is always a free for all between who is gonna keep your soul. Only chance you got is how you lead your life. Whether God or the Devil…who will be the higher bidder?…If you believe that stuff of course..meaning you either go to heaven or hell and all. As Follows by definition as stated in the bottle means

===========
1. To come or go after; proceed behind 2. To move along the course of; take 3. To adhere to; practice 4. To engage in (a trade or occupation); work at 5. To come after in order, time, or position 6. To occur or be evident as a consequence of 7. To grasp the meaning or logic of; understand.
==============================
This means that if things will end then the the time will come whether you like it or not. Whatever meaning you choose to grasp it is irrelevant in the perception of others. What matters is what you choose to make out of it. As Follows by Stillwater Artisanal is a Belgian Pale Eschatological Ale at 9%ABV. Eschatological as in the study of the apocalypse. This brew is made to celebrate Stillwater Artisanal’s Anniversary 2 year anniversary where they first poured the very first Stateside Saison in Baltimore Maryland. Also celebrating the end of the world as who knows if he will be able to brew up anymore beers after this year ends…if the Apocalyptic stories of the Mayan calendar are true of course. I am sure zombies enjoy good beer too, they won’t pass up any good ones like these. I know I wont >:P….. SO about this beer….Evil and disturbing as the bottle may look, we have to take in the abstract art as art. Take the taste and experience once sip at a time. When I first opened this bottle, I was rushed with a lot of hoppy bread and floral honey fragrances. They say the devils water it ain’t so sweet. Whoever was drinking that stuff may not have been this stuff. It is a mix of sweet and minor bitterness. Mild citrus, piney, and grassy notes followed by honey, bready saison, peach, mangos and flowers as well as some other spices. It is like taking an IPA and aging it with fruits and yeast. Simply remarkable. If really is gonna be the end of the world, I would drink a glass of Judgment Day Ale, followed by Eschatological ale and finish with Trois Pistoles. Reminds me of the movie Scanner darkly where Freck was told all his sins for all eternity…and in the end he though “At least I had a good wine”…except for me…”At least I finished off with a good beer”…maybe Ill be told all my good deeds since I tell my friends about good beers 😉

One thought on “As Follows by Stillwater Artisanal Eschatological Ale” 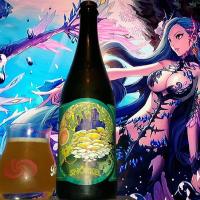 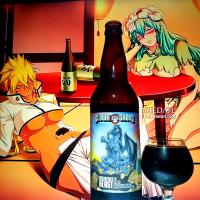 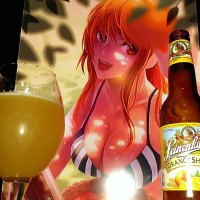 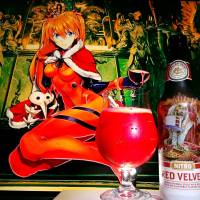 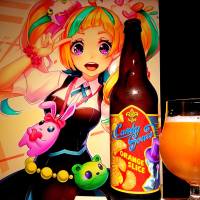