Made for our 2nd anniversary beer. Our Horchata Imperial Milk Stout is a salute to our over the border brothers who are making some fine craft beer. One of our brewers “Ivan the Terrible” lives in TJ and commutes to start his shift here at 2:00AM. He is also in charge of making our casks. When he made this Horchata with our own Milk Stout, we thought it was fantastic. Troy brewed it as an Imperial Stout and we just love it. Thought you might too. Notes of Coffee, Chocolate and Cinnamon.

Belching Beaver has been making some crazy and delicious beers starting with the Peanut Butter Milk Stout. That beer is possibly one of the best Peanut butter beers ever. This time, they released an Horchata one and and to be honest, this just sounds way too good to be true. Even far fewer are there any Horchata beers out there and all the ones I have tried are very delicious. So let us see how this version does. Salud!

Overall:
Damn… just simply damn… So much Horchata and chocolate flavors here and the crazy part is that it drinks very smooth too since it is still a milk stout. The crazy thing is that it is crafted as an imperial so you really cannot tell the alcohol even though it is heavy. Definitely exceeding my expectations and being one of the best close to Horchata beers just like the other great Horchata beers I have tried before.

Anime Corner:
Sai Hinoki from Betterman was used in this pairing since hair colors pair with the colors of the label and the Mexican flag. Also, there is a version out there of Horchata that is made in Oaxaca called Horchata con Tuna y Nuez and the colors make the Horchata have a pink layer and the nuez is the walnuts. Adding fruit makes it like an Horchata cocktail. So that fits the flavors of the beer somewhat and the hair color as well. The fact that she is next to some kind of ancient ruin holding some kind of gem represents the indigenous roots of the beverage in terms of the ancient civilization, the label’s animal on the flag and the fact that this dessert is a rich treasure just like that gem she holds. 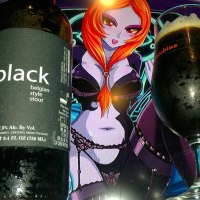 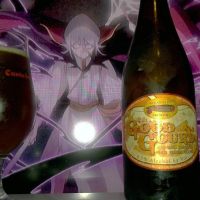