Doom may be impending but that doesn’t mean you have to fear it. A collision of worlds, the intense hop character of our Imperial IPA mingles with the warm vanilla and oak notes imparted from the time spent in our favorite bourbon barrels. Like all good things, Doom comes to those who wait. 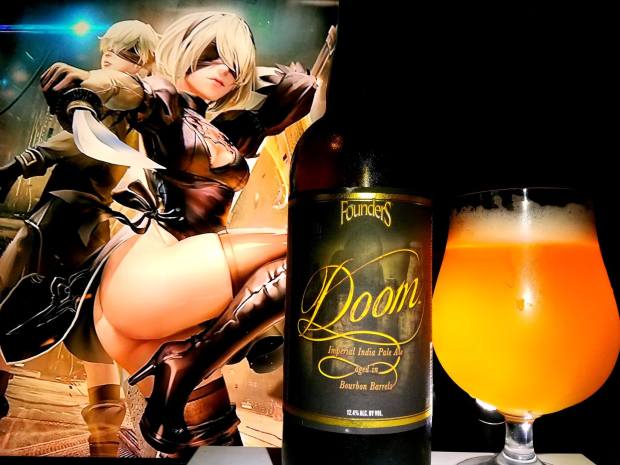 The next installment in the Barrel Aged series of Founders Brewing is now available. This time, it is a barrel aged IPA/Barleywine. While many people might shun away from anything IPA aged, some barrel aged IPAs, when done well, can be amazing. You are literally drinking an American Barleywine. Essentially malty beverage goodness that is hopped up to hell to meet up with the hopheads. While I have loved many in the Founder’s series, it was this one I wanted to bring to the site. Let’s see how it is, cheers! 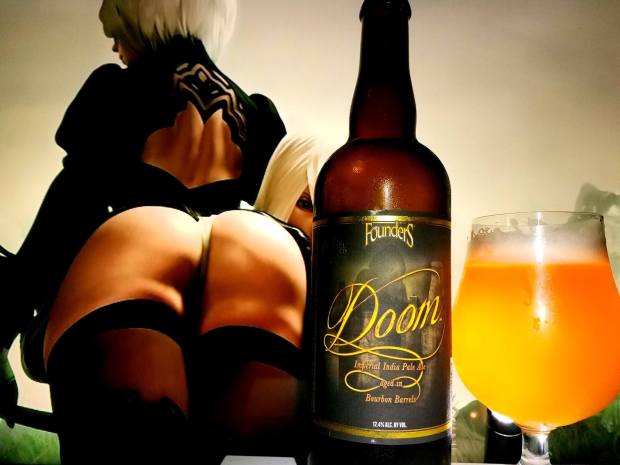 Overall:
I must say, despite the fact that the purist say IPA cannot be aged, essentially, barrel aging gives way to a new beer. While I think it is mainly in the ranks of a barleywine that is bourbon barrel aged, the grassy, piney, grapefruit west coast style that still floats in these beers is what is still trying to pull forward as an IPA, yet, in the Barleywine or American Strong styles. Reminds me of the day when I finally got to try the Stone Ruination Barrel aged and realized it was awesome despite being an aged IPA. Yes, if you think about it in a sense of it really being an American aged barleywine, it is essentially what this is and I highly recommend you find it and try it.

Anime Corner:
YoRHa No.2 Type B/ 2B/ 2E “Executioner” from Nier: Automata was chosen in this pairing as I wanted to pair mainly with the colors of the beer label. The dark and yellow colors pair well with 2B. Also since 2B is an executioner, and she is representative of death, the name of the beer also works as she brings Doom to enemies she fights. This beer won’t kill you but the ABV will surely mess you up but that’s nice! 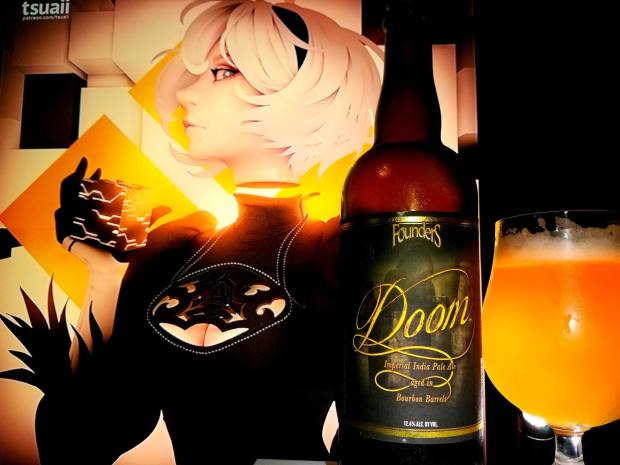