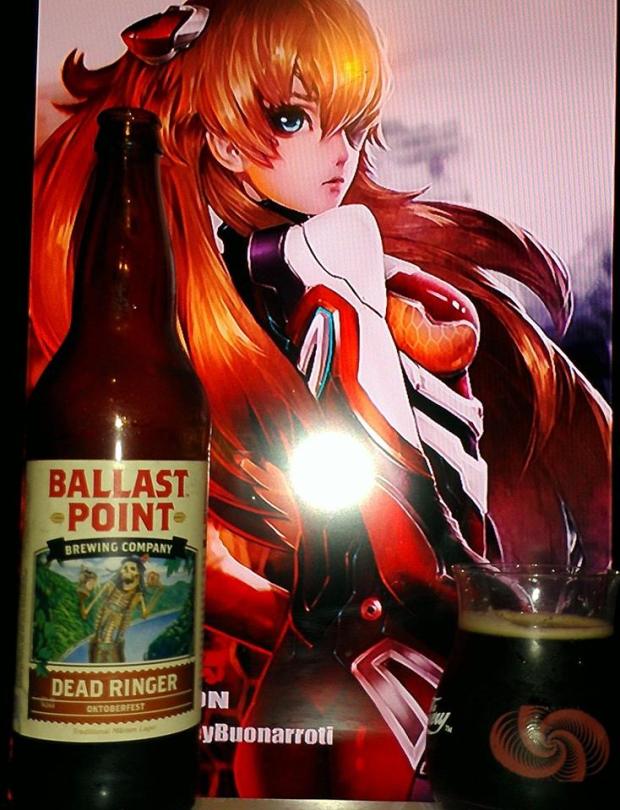 Label:
Our Dead Ringer Oktoberfest lager is inspired by old-style Marzen brews customarily enjoyed during Bavaria’s world-famous beer festival. Thanks to an abundance of toasted malt and a lower hop bitterness, this dark reddish brown lager is loaded with sweet, caramel toffee flavors and aromas. All the taste and celebration of Oktoberfest packed into one bottle; no lederhosen required.

I chose Dead Ringer to bring forth as I have never tried an Oktoberfest from Ballast Point. Ballast Point has made some great beers that I have enjoyed mainly in the past like their Sea Monster, Sculpin and Victory at Sea. I definitely wanted to try this one and bring it forth to see how good it would fare. It is never too late to enjoy an Oktoberfest even in November! Cheers!

Overall:
Very good Oktoberfest. This beer gets a lot better as it warms up but overall is easy to drink. You get more malt sweetness as it warm up. This a good beer to introduce people to craft beer. Especially during the Oktoberfest celebrations. While it is not the absolute number one in Oktoberfest, I think it is still very good and would recommend a try.

Anime Corner:
Asuka Shikinami Langley Sohryu from Neon Genesis Evangelion was chosen in this instance because of her mainly German roots and the fact that her suit holds some colors of the German Flag which is also a representative of the Oktoberfest. Because a skeleton is shown and Ballast Point is sea driven with pirates, fish, and skulls and crossbones, It would also fit as Asuka has an eye patch almost making her look like pirate. The combination fits as both Oktoberfest and Pirates party and drink happily!