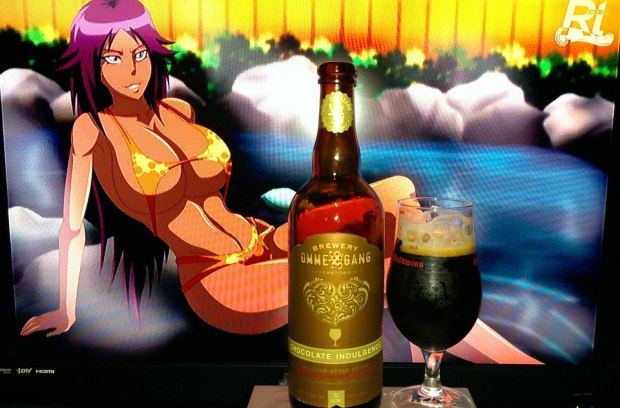 Label:
Chocolate Indulgence offers a thick tan head of foam resting atop of the rich onyx-hued liquid. The aroma immediately speaks of dark chocolate and dark malts. The gentle herbal notes of perle hops compliments the darker aroma notes, making the ale savory to all the senses
___

I have had this beer last year. The 2007 version which was Ommegang’s 10th anniversary beer. I loved the way the beer was back then so when I hear it was re-released, I had to try it fresher to taste the difference. The aromas are of dark chocolate, sweet chocolate, milk chocolate, slight toasted barley, dulce de caramel, coffee, some dark fruits like plum and raisins, banana and hazelnut bread, cloves and spices. The flavors are fresher than the last time I tried the 2007 version. You really get a great amount of chocolate covered raisins on coffee hazelnut bread dipped in banana pudding all layered with dulce de leche caramel. That is the just of it but to pin point this with individual terms, we get very rich dark, sweet and milk chocolate, raisins, prunes, plums, slight cherry notes, bananas, hazelnut, coffee and mocha bread, brown sugar, cloves, cinnamon, slight peppery spices and smoked barley flavor to even out all the sweetness. Ommegang makes some of the best beers in the world. This beer just happens to be perfect into the category of my favorite Belgian Stouts like Thirteenth Hour, Buffalo Stout, Art of Darkness and many others. I have never tried it fresher but it does seem that the chocolate does fade a bit over time to give way to a more complex smokey and dark fruit flavors. Which is not bad at all, but what can I say, I’m cuckoo for cocoa beers. I already gave a 5/5 rating to the original but I think really enjoyed the greater chocolate flavor of the fresher version of this beer. It is way too amazing for words. Even when it warms up, the chocolate becomes very abundant and very pleasurable. No wonder its called Chocolate Indulgence. 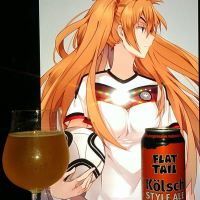