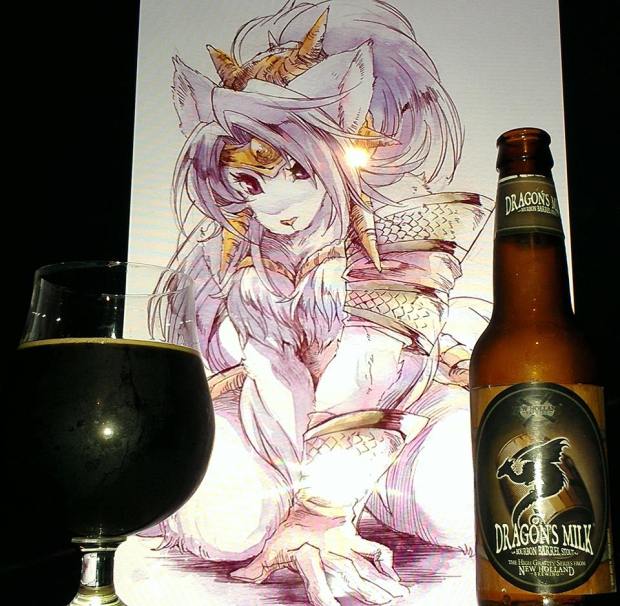 COMMERCIAL DESCRIPTION
Dragon’s Milk is a 17th century term used to describe the strong beer usually reserved for royalty. This strong ale was aged in oak for over 120 days. The aging process extracts flavors from the wood, which contribute to its complex character. Hints of bourbon flavor perfectly complement its roasted malts to produce a beer fit for a King. 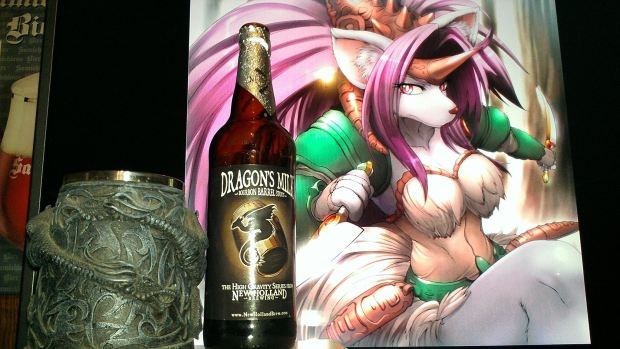 Was able to get this beer thanks to my friend Steve from Iowa where typically, in the midwest, is where you find this treasure. It has been a long time since I tried this one and tasting it one again on my trip to Iowa, I was reminded why I loved this beer so much. It is a proxy component of my Sangri-Leche beer and an inspiration recipe for my future homebrew with Dragon fruit, Raspberries, Passion fruit and Red Pickly pear Tuna. New Holland makes some of the greatest beers out there in the midwest and hope one day we see them here in California. The last time I tried the first Dragon’s milk was probably back in 2011-2012 and I still rejoice the day I could try some more. So now that I was able to have it here again, a grand welcome to the treasure which is, Dragon’s Milk! Cheers!

Overall:
Exceptionally phenomenal as always. I do believe the Raspberry version of this beer is a step above it but that is just me. Hence the reason why I am making a home brew off this beer but with more than just raspberries. I want to get to the heart of the dragons! Anyways, this beer is like if you loved everything about those exclusive hard to find bourbon barrel aged stouts, this has a good amount of it and it is made year round. “Plug it into my veins” kind of beer that is really awesome and should sought after. 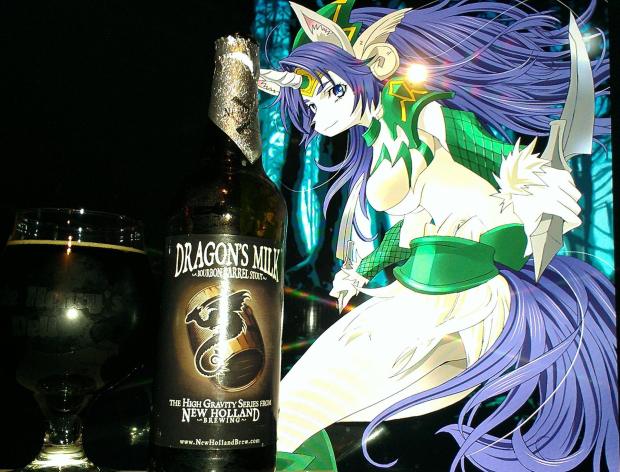 Anime Corner:
Sierra from the Legend of Mana has returned as she was used in the pairing of the original Dragon’s milk for reasons that she is a Dragoon and well, she has the milk or at least that is what I implied in the original review lol. Seriously though, in the game, she is an important character and one the best in the list of many party members that join in the quest. This complex character in the beer complements the complex character that is Sierra as well.

One thought on “2015 Dragon’s Milk by New Holland brewing”