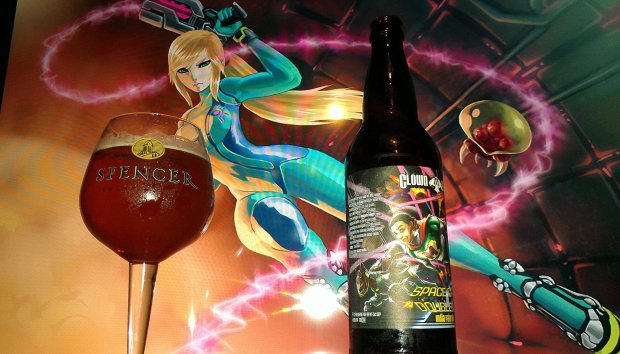 I finally got around to bringing this one for a review. I had tried this one on draft last year but did not get a chance to get a bottle of this one until recently. From what I can remember, this IPA was very good introducing fair amounts of tropics. Later this year, they will be released a California exclusive one of this which will be like a session (lower alcohol) version. There is also the Lemon one but that is unfortunately out of my reach. Maybe in a future released. So why space cake? Maybe it is due to the fruity flavors that made it like a dessert. It is hard to remember as I did not get a chance to analyze this one all the way, until today. Cheers!

Overall:
There is some crazy malty component to this beer that reminds me of a dessert for some reason. After trying over and over, I can only conclude so much but still wonder if the name Space Cake wasn’t just a pun and they managed to make an IPA who’s sweetness starts to transcend into a dessert like chocolate cherry cake…nah! Well… maybe. I really don’t know. Maybe it is up to you to decide this one but I can definitely agree, this one is kind of unique and definitely recommend it.

Anime Corner:
Samus Aran from Nintendo’s Metroid series was used in this pairing to pair with the label of space and the space cake aspect. Samus is with the metroid hatchling which is the one from Super Metroid that considered her a mother. Maybe the bond they had is similar to the dude on the label and his dog. Either way, I tried to get it as close to space related as possible. Samus strength is represented by the ABV and hop character but the sweetness of cake is who she is inside the suit and as a person. Very sweet and caring but when it comes to hunting evil aliens trying to eradicate civilizations, well someone has to be the word of justice in the universe. 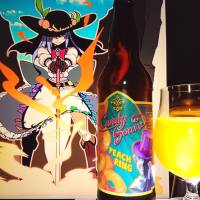