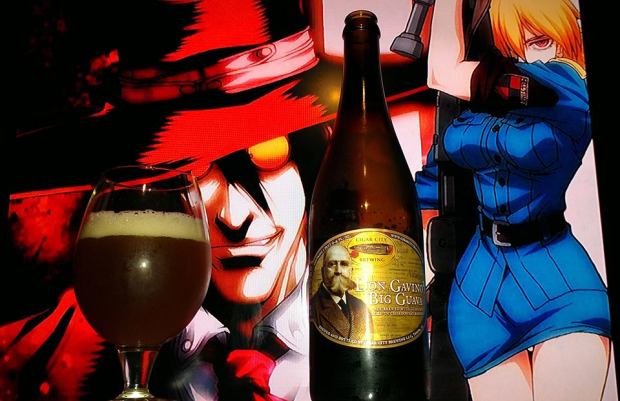 Label:
Most Tampa residents are familiar with Vincente Martinez Thor, who along with fellow cigar factory owner Ignacio Haya turned Tampa from a sleepy fishing village into the ‘Cigar Capital of the World” which at its peak was home to 200 cigar factories producing over 700 million cigars a year. But few of Tampa’s even long-time residents are familiar with Gavino Gutierrez, the Spanish architect, surveyor and civil engineer who first came to Tampa looking for wild guava trees. The plan was to use the supply of supposedly abundant wild fruit in a new factory making marmalade and guava paste. However, the journey was not fruitful and the guava population was much smaller than expected. Gavino did not give up on Tampa however. Convinced Tampa’s natural harbor and access to Henry B. Plant’s new rail-line would make Tampa an excellent import/export hub, Gavino set about convincing his friends Thor and Haya to move their cigar factories to Tampa. They agreed and Don Gavino set about surveying 40 acres of swamp and scrub brush northeast of Tampa for “Mr. Ybor’s City”. Vincente then named Don Gavino his architect and construction foreman and he set about developing the Master Plan for what would become Ybor City, designing the system of streets and avenues and overseeing the construction of the factory and even the housing built for the factory workers. In honor of his life’s work we could think of no better name for our Double Guava Ale than Don Gavino’s Big Guava. Cheers, Gavino!
___

It is not often that a Latino is given such praise for not just given a beer named after but such praise as giving the plans to build a city. As a Latino myself, this is something very special. Guavas or Guayabas are something that is common fruit among many Hispanic communities but to see a beer like this is freaking awesome! Them Tampa peeps have good taste.

Aftertaste:
Finishes mostly dry with some notes of mango, citrus, guava, oak and white wine flavors.No alcohol in the taste with sipping level of drinkability.

Overall:
A very good beer if you love tart beers. It has a good amount of fruity sweetness to balance the sour and tart notes provided. The chardonnay barrels I am sure add good complexity, but since I have never tried a chardonnay, I can only assume that it is in there. I think white wine aspect of it is most likely that chardonnay kicking in. With a ?? ABV, it sure can be dangerous since it is very good.

Anime Corner:
Alucard and Seras Victoria from Hellsing were chosen for this pairing for several reasons. I wanted to shows case the label of Don Gavino being someone very famous and classy, like in the background picture with Alucard. Seras can represent the Guava and citrus of the beer, the colors of the label, but she is also a protector of Don Gavino as well. The overall aspect of the beer I wanted to showcase is fancy and classy, especially since this beer is made with chardonnay and well, that is pretty damn fancy. Any other things you can tell from this beer? 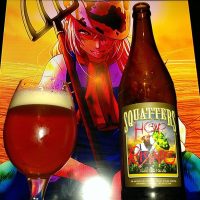