Quelque Chose by Unibroue is a Belgian style fruit ale at 8% ABV. 50% dark ale and 50% brown ale brewed with cherries. So this is a hybrid of a Dark Belgian with a brown ale fermented in the Kreik or Kriek lambic Style using the sour Morello Cherries. Made by the brewers that make the Trois Pistoles, one of the best beers in the world for me. All the stuff they make has never disappointed me. Yes it is French Canadian beers but I guess they know how to apply those old world wine processes into making some of the best beers ever. Limited time only, I found this one at Ramirez Liquor in East LA. Quelque Chose is the French for the word “Something”. If referencing something delicious, something mysterious or just something something darkside!!…LOL or just something sweet, then this is it right here. This beer reminded me of the Cuvee de Tomme from Lost Abbey but more sweeter and well less heavy. Ill be honest, this beer taste more like drinking Framboise but well it is more complex than that even. The taste is phenomenal!! Sweet cherry wine mostly with their awesome yeast which really gives that bread Belgian bread taste. Sweet caramel and vanilla are followed by nuts and apples like flavors. There is also this tart and tangy after taste but not like that of a sour beer. Wish I could have got 2 bottles, it is really good!!! So if your into sweet Belgian beers like Three Philosophers then go and try this one 😛 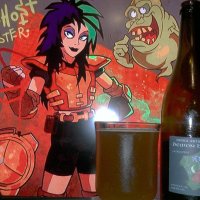 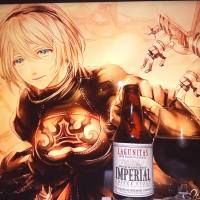