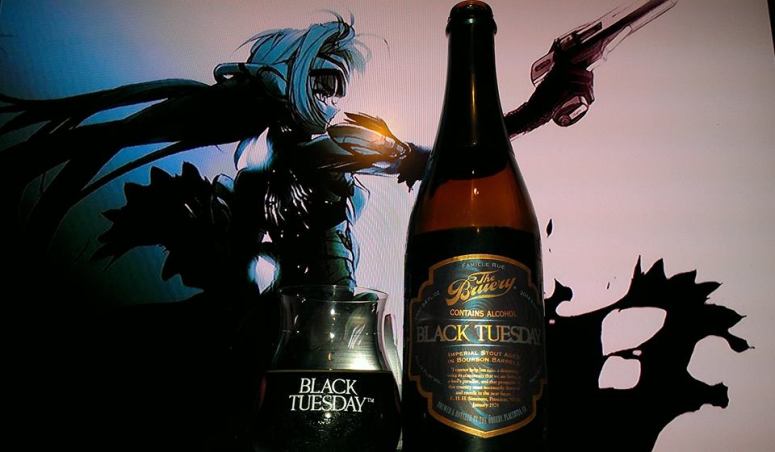 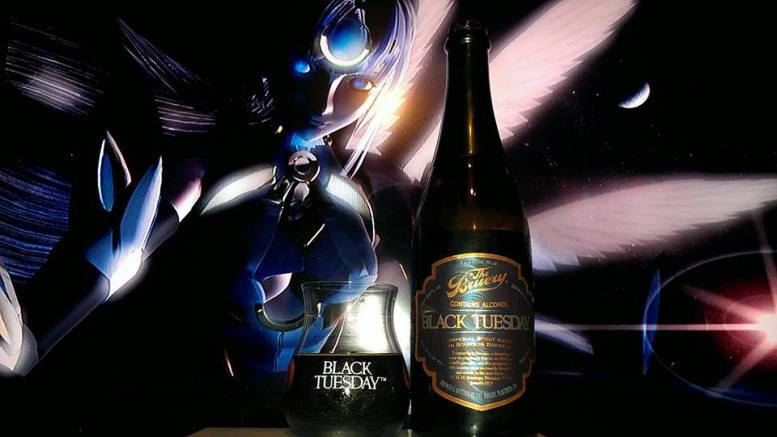 I cannot help but raise a dissenting voice to statements that we are living in a fool’s paradise, and that prosperity in this country must necessarily diminish and recede in the near future.” – E.H.H. Simmons, President, NYSE, January 1928

Black Tuesday Will age gracefully for many decades of economic fluctuations. Best stored and cellared around 55 °F (13 °C) in a dark place. Ideal serving temperature is 55 ° F (13 °C). Best enjoyed in a tulip or wine glass
___

What do I even say about this beer that I have not said over the many years I have reviewed this all time favorite. I think with my past review about the Black Tuesday Release Party should have been enough to disclose the greatness of this one or even the reviews of the past should have been enough. Yet, here I am again bringing another awesome review about a wonderful and favorite beer. Also, did I mention, that this year’s version is an even closer to a…20% ABV!!!!! Not to mention on a 750ml bottle that if you drink in one sitting you will surely coming a great mistake?! Well, here it is. The beer that is the strongest of the strong, the best of the best and just… well.. yeah… On to the review!!

Overall:
Yes Yes Yes, there is nothing more to say other than if you want this beer, join the Preserve Society or simply trade. We are getting closer and closer to the day where the Bruery will make so much of this that it will be sold more widely to the public. Well, maybe, but at least the public can joint the Preservation society to get this. I don’t want to sound like an advocate for the Bruery but then again, tasting different beers and this crew who experiments so much to the point of creating super unique beers is pretty much unheard of. So yeah, get this while you still can!

Anime Corner: tl;dr
I think I did such a great job of pairing Kos-mos from the several beer reviews back that I wanted to bring the 2013 Anime corner below and elaborate on why I chose the new one picture. It obvious how Kos-mos simply just emerges from the depths of Black Void of Tuesday as she rises up stronger to show that 20%ABV (Order/KOSMOS Rising from the Chaos). As to who is Kos-mos, see below:

KOS-MOS or (Kosmos Obey Strategical Multiple Operation Systems), from the series Xenosaga is one of my Four most favorite characters in anime. She was chosen for this particular beer in 2012 to go along with some of my most favorite beers of all time. In terms of who she is is representative of how bad ass this beer is. To me, Black Tuesday is representative of a crash (the stock market) which brings about chaos. Polar to chaos is order or cosmos. While there is is a mess among chaos, there is always a glimmer of hope that will restore the balance to the universe, and that is order or KOS-MOS. In other reviews I have reviewed her character when it comes to the divine and holy (The Lost Abbey Judgement Day, Mayan Judgment, Angel Share, Sede Vacante and even Sam Adams Tetravis). In the game, SPOILER ALERT She is Mary Magdalene’s vessel for which Kaos (Another Xenosaga character) is Jesus Christ respectively. SPOILER ENDS. Yeah, the spoiler may not make sense but there are many websites ready to explain. Anyways, Black Tuesday label, although hard to see holds some shiny blue but also some shiny brown. The blue part represents KOS-MOS for me and the brown is the sweet chocolate. Once you find out how sweet and understanding this character is, it makes a world of a difference which is why Black Tuesday makes a world of a difference to me. Although the cold harsh reality of her initial computational robotical android form may seem a bit cold when the series first started. Not to mention the fact that she is a definitely over powered character, which may be the alcohol and the fact that this beer should not be consumed in one sitting. She should be enjoyed slowly. The artwork also represents Black Tuesday as the dark matter of space, the upper frontiers of awesomeness and good beer. Tuesday is just another cycle of the stars, y Kos-mos es otra chiquita mia, love ya!!

One thought on “2014 Black Tuesday by the Bruery” 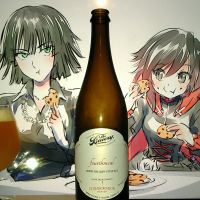 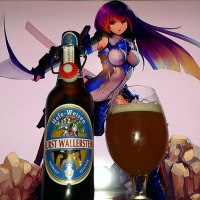